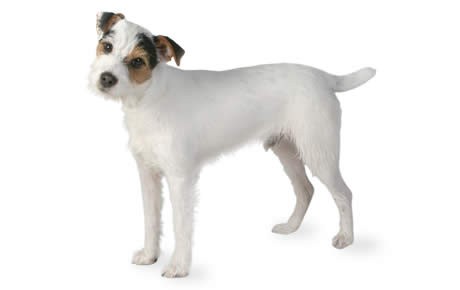 A/N: So much for posting Friday, huh? Sorry!

Jack whined softly as he was rummaging through some garbage of a nearby restaurant. There was little. Too little. A few slices of meat. Gone in a second. And he was still hungry.

It seemed like he’d been hungry forever. The Jack Russell Terrier could hardly remember a time when he hadn’t been starving. He knew there had been a time, a long time ago. Back when he’d been Camillas pet, and she’d fed him whatever food she’d been able to sneak off the table without her father noticing. One day, however, he had noticed, and he’d been furious. He’d screamed at Camilla, and had kicked Jack, before stomping on his paw. Jack still wasn’t able to lean on it, months after, and had to limp everywhere. Which was far from ideal when there was little food and harsh competition.

Jack knew he wouldn’t last forever. He was too small, too weak to survive on his own, and every day had been an uphill battle. When the Great Cold came he would die.

He thought back on Camilla. She’d been a sweet girl, and he desperately hoped she was all right. She would have protected him, he knew, if only she had been able. He wished he could see her one last time. She’d known just the perfect place to scratch him under his ear. He whined longingly at the thought.

Perhaps it’d be better if he just stopped eating all together. There was nothing for him to look forward to except starvation, pain and coldness.

He whimpered again, but stopped suddenly when he realised he wasn’t the only one. Jacks ears stood up, alert. Where had it come from? There! He limped himself over as fast as he could. The sight awaiting him there made him freeze in shock.